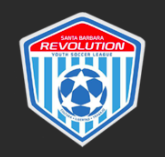 Since 2014, the Santa Barbara Revolution Youth Soccer League  (SBRYSL) - working closely with the City of Santa Barbara and the Santa Barbara Unified School District - has been providing year round soccer for teams of boys and girls, from the ages from u7 all the way up to u15, including now more than 1,000 players from Oxnard to Carpinteria to Santa Barbara to Goleta to Santa Ynez.

The SBRYSL has become an important part of the community, with hundreds of fans every weekend, ranging from parents to grandparents, aunts, uncles and cousins to friends of the family, and community members who just appreciate good soccer. Most age group league finals will attract a crowd of several hundred  families and friends, as well as local, national and international scouts and coaches. And for years, SBRYSL players have made up the bulk of nationally ranked local club teams, USSDA teams and high school teams.

Building on the success of the SBRYSL, the Santa Barbara Revolution Select is a community-based, non-profit soccer club to support select teams made up of the very best SBRYSL players. In the fall of 2019, we launched our flagship SBR Select 2005 boys team, with a player roster entirely made up of players from the SBRYSL. In their first season, the Santa Barbara Revolution Select 05 Boys went 17-1-1 , outscoring the opposition 104 to 12, winning promotion in the Coast Soccer League and and winning the Camarillo Cup.

The SBR Select 05 Boys team includes seven players who played in the US Soccer Development Academy League, which feeds into the US Soccer Youth National Team program, as well as multiple players who - as high school freshmen - start on their local high Frosh/Soph, JV and Varsity teams.

The Select B2005 team's next step is to go to the California South State Cup, and they've got high hopes. Please donate what you can today to help the boys and their families with practice field and travel costs.